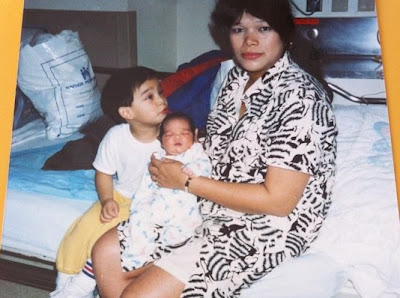 Image: Mother Dearest and I with my newly birthed baby brother.
As a birthday present to my Mother this year I was supposed to take her to Hong Kong. Certain circumstances have changed those plans, so we are spending her birthday on opposite ends of the world. Lame.
As compensation, I will share a little limerick she's passed down to me from my grandfather. It's pretty awesome.
Bakit malaki ang galit ni Bayag kay Uten?
Araw gabi'y magkasama, ayaw papasukin.
Sumagot si malditang Tilin,
Diyan ka na Bayag, magpa-bitin-bitin.
Posted by Unknown at 4:09 AM No comments:

Email ThisBlogThis!Share to TwitterShare to FacebookShare to Pinterest
Labels: poetry

Do it while you're young. 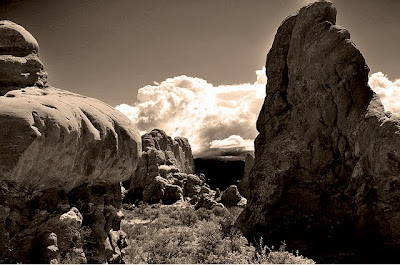 Image: Moab, Utah. One of my photos chosen by the DIWYY ladies for their site.
Check out this travel site, Do It While You're Young, where a couple of my photos have been chosen to be featured as photo of the week. The site itself is geared towards young women (18-35), but their Resource Center is awesome regardless of whether you are a girl or a boy, young or old.
The ladies behind this site definitely know their stuff. They cover everything from teaching abroad to volunteering abroad to a site dedicated to photography as a form of diplomacy. The pictures for peace thing is true. I promise. The site is called Dog Meets World.
Check out their site if you're planning a trip. Check them out even if you aren't planning a trip, just to see what other travelers are up to these days. Pretty interesting stuff.
Posted by Unknown at 5:52 PM No comments: 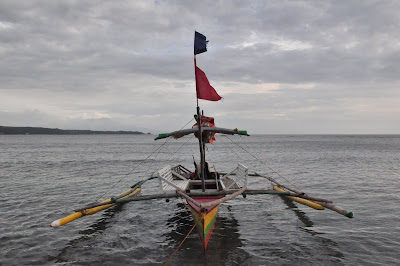 Image: A fishing boat somewhere in the demilitarized zone of Subic, Philippines.

Again, I haven't posted in a while. The following are a few of the reasons why:

Posted by Unknown at 7:21 PM No comments:

Email ThisBlogThis!Share to TwitterShare to FacebookShare to Pinterest
Labels: Philippines 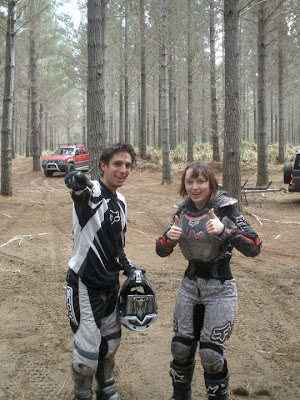 Site - In middle school I made a website with stick figures having sex but that’s long gone.

Occupation - I write software for investment banks and I promise I had nothing to do with the recession. It’s written in APL and uses lots of weird symbols like in this random bit of (useless) code: ⍳⌊1↓⌈/¨V

Birthplace - Born and raised in New Jersey and if you have a problem with Jersey then we’ve got a problem. My mother’s side of the family is all from Georgia, Tennessee, and South Carolina, so I love biscuits with gravy at Waffle House. My father is from Las Salinas, Nicaragua. I’ve visited a couple times and they recently got a paved road! 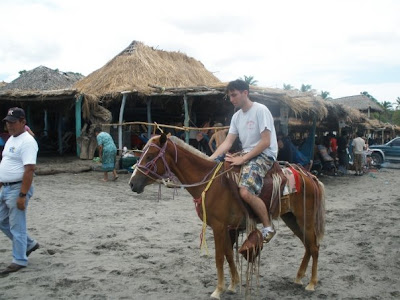 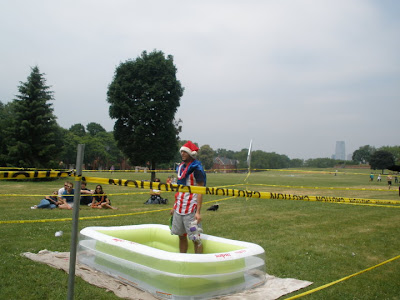 Trips Made - Across the US, Montreal, Nicaragua, England/Scotland, Italy, Turkey, New Zealand, Australia. 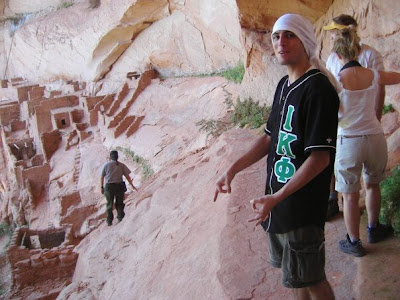 Trips on the List - I’m going back to Turkey soon, and I’d like to visit India, or Peru, or Ukraine. There are so many choices.

Featured trip - On my recent trip to New Zealand and Australia there was plenty to be excited about, like dirtbiking along cliffs, hiking to waterfalls, and buying Jack Daniels & Coke in a can (you can get anything in a can there), but I also had a bit of a freakout. After an unsuccessful day of fishing in New Brighton Beach in Christchurch, I hadn’t caught anything, though a friendly Maori guy gave me some crabs he’d caught, as well as a rum & coke (in a can). 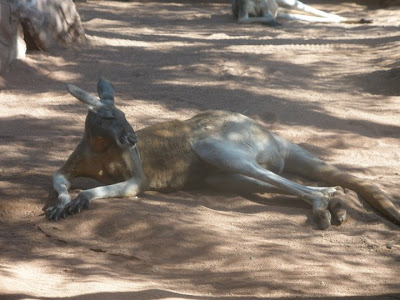 The next day I tried my luck in Akaroa, a small town in a volcanic harbor originally settled by the French. I got pretty damn excited when I caught a dogfish, so I put my backpack over the bait to keep it safe from seagulls and ran into a shop to grab a plastic bag for the fish. When I got back out of the shop I immediately freaked out, ran to the bench my bag was on, ran back to the shop and frantically said “Oh god oh god did I leave my bag in here? Did you see anybody walk past the shop while I was in here?” 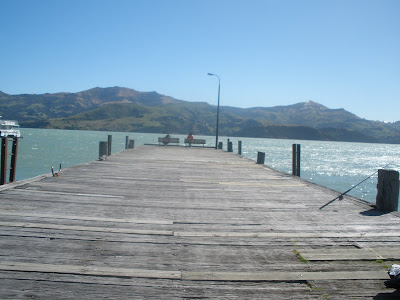 The answer was “No, maybe the wind blew it somewhere?” And that happened to be the correct answer. In that short time, a strong gust of wind had rolled my backpack right off the dock and into the harbor – my bag with 2 big bottles of water and soda, some cans of vodka & cran, a book, my housekeys, and uhhh my passport. Bad enough as it is, but I also had a plane to Australia the next day.

After stumbling around in disbelief and fishing a bit more (I was in shock), I stopped by the police station and filed a report. Akaroa has only one police officer, by the way, and he is not in on Fridays so I had to leave a message with a volunteer.

I spent the next 24 hours scheduling appointments with the consulate, re-routing my flights, getting drunk, and watching strippers. With company, of course. I’m not that depressing. 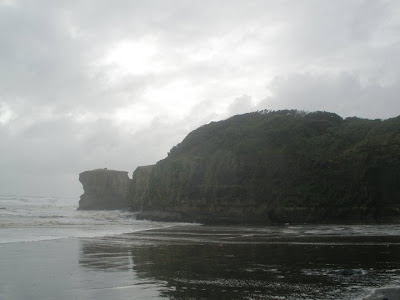 This story has gone on long enough so I’ll finish it up now. On the bus ride back from returning the rented fishing pole the next day, I got the most wonderful call from Akaroa’s lone policeman. My bag had washed up on shore! It managed a 1.5 mile swim across the harbor and washed up, full of sand and water, with my beat-up but intact passport. Phew! To celebrate I did some more drinking and stripper-watching.

It is hard to believe my misfortune that after hours of fishing, the one minute I leave my bag unattended is the minute it rolls away, but I am in similar disbelief that my passport swam to shore after only one day, or that it came to shore at all. Thanks to this I got to Australia only one day late, but minus lots of money that I’d already spent on rebooking flights. 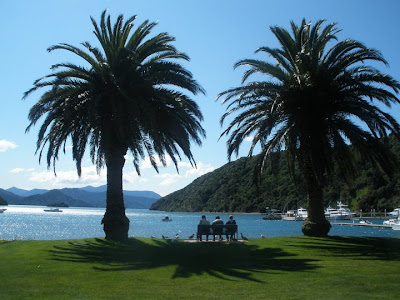 Teach, learn, share - I’ve found that if you’re going to an urban area, it’s easier to just go to ATMs than deal with exchanges, especially if you have a worldwide bank like HSBC. The rates you get at the ATM are good compared to the exchanges, and it’s a lot safer than walking around with a bunch of money stuck in your shoe.

Also make sure you tie stuff down if you’re in windy New Zealand. 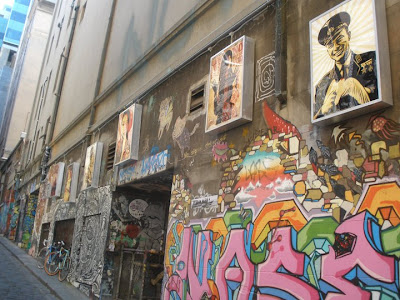 The worst bathroom - It was autumn in Ankara, Turkey. We were young and naive, and didn't know there were nicer places for cheaper. The whole place stank of mothballs, since there were mothballs EVERYWHERE. In the closet, in the trash cans, in the urinal, in the freaking sink. The sweet smell of mothballs was like perfume to the proprietors.

It was also my first encounter with a squat toilet, instead of a pedestal toilet. Squats aren't always nasty, I found out, but my first encounter was not a good one. It was dirty, smelly, and couldn't get enough water pressure to flush properly, so shit and toilet paper would just be floating up at the top.

Do you have any tattoos? - No but I once considered a tattoo of Erick’s face.

Happy New Year from the Philippines 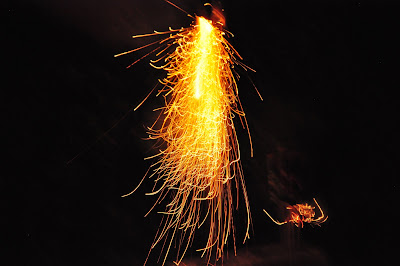 Image: Lighting up the sky with colored fires for a prosperous new year.
Due to time zones I was fortunate enough to be one of the first in the world to kick off the new year. Really, I just find the whole concept of time zones mind-bogglingly awesome. Sometimes a little scary.
Anywho, as the previous year comes to an end and a new one begins, we are forced into a little introspection on the lives that we lead. Traveling and writing full-time, all I do is introspectize (adding wordsmithery to my long list of skills), so I don't think this post will be about self-reflection because frankly, this whole soul-searching thing is starting to get old. Nor will I be sharing my New Year's Resolutions, because well, most of them are just inappropriate. Rather, I think I will finally answer a very common question that I always try to avoid but ceaselessly gets thrown at me. Or, at least I will attempt to shed some light on aforementioned question.
I am going into my fourth month of living here in the Philippines and since my very first day here, everyone has been asking me how it is. How everything is. I never know where to begin. The Philippines is such a complicated country filled with complicated people doing complicated things. How do I distill a description of a place that makes me laugh and cry and love and hate all within one breath? How do I show you the moments that turn my outstretched arms into fists and back again? It's like asking me to fit forever in brevity. It's really fucking hard.
I have been reading a lot of Philippine literature and I have come across a writer who has so eloquently put into words the way in which my heart beats for this country and its people. I would like to share his words with you in an attempt to help you understand how everything is.
From Bienvenido Santos' The Miracle:
Disillusion has become our daily fare; betrayal a commonplace. A drought is come upon the land, the rivers of our beings are dry, the wells of our hearts are empty, and there is no sign of rain, only a dry wind in the cruel months. So we seek the flimsiest excuse to proclaim a miracle, a temporary distraction from the weariness and the dust; and a hope above the shame and the agony that lie all around us. We hold on to that hope that this, indeed, is the miracle at last, the promised glory and the surcease, the balm to wounds, the cure to festering flesh. We keep on holding to that faith and clinging to it, desperately, until the petals are proven to be just ordinary petals and the visions, mere hallucinations of a wandering mind. We turn away, but not too defeated to proclaim another miracle and still another.
Posted by Unknown at 11:55 PM 2 comments: