My favorite Spanish saying, which translates to, "Life is for enjoying!" After, quite literally, months of planning my escape from the Philippines, I've finally made it to Argentina! It wasn't easy, but it was definitely worth it. Buenos Aires is a beautiful city filled with beautiful people with even more beautiful souls.

As I walk around and breathe in the cold autumn air, I feel revitalized with newfound possibilities. What is life, but a long string of coincidence and circumstance? Speaking of which, before I jump into the ravine of existentialism I'm dangerously edging toward, let me tell you how I got here. It's quite a tale. Well, not really. It was just mostly annoying.

- Got detained in Hong Kong, again! I was questioned about all the stamps on my passport, my source of income, what my plans are for going to Argentina, if I'm a terrorist or some kind of fugitive. At least, that's what I think they were asking me about. They didn't speak English very well and I can count to ten in Cantonese. Needless to say, it was a straining exchange.

- Almost got tackled by a German security guard in the Frankfurt airport. Apparently I was about to enter a restricted zone which would lead me to illegally enter Germany. I was jet-lagged, annoyed, hungry, and looking for a McDonalds. Also, in my defense, Germans aren't the best labelers of things.

- Some fat Orthodox Israeli guy sat next to me on the last plane to Buenos Aires. His curling-ironed hair, dangly belt thing, and wiggly bits kept getting into my personal space. Also, what is up with their kosher food?? (I don't mean to be antisemitic, but c'mon!)

- Finally making it to Argentine immigration, I was asked to purchase an entry visa which would allow me to enter for 90 day spurts within a 10 year span for $160USD. Yeah, all those numbers confused me, too.

- As I was trying to pay, it turns out my bank card was frozen, again! A quick call to HSBC (answered by a call center agent in the Philippines of all places!) and the hold was lifted. I asked them to put a note on my account, "International man of mystery. Stop freezing account because it diminishes swagger." They did not oblige.

- The entire trip took over 40 hours from my door in the Philippines to what would be my door in Buenos Aires. Yes. 40.

- I was so tired when I finally arrived, but I couldn't sleep from the excitement of actually still being alive. So, I ended up going to a cafe by a plaza to people watch. Everyone around me was having coffee and media lunas (some type of croissant) so I had the same. I felt like a bipolar squirrel for the next two hours before I passed out. 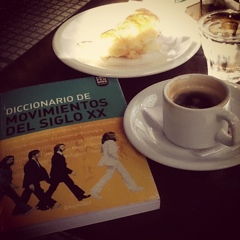 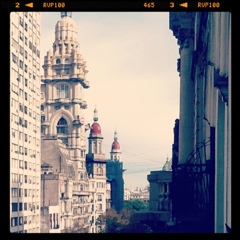 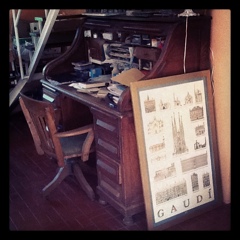