For this edition of Wanderlust Wednesday, I am stoked to present duo travelers, childhood sweethearts, Erica and Shaun. They are living the dream - together! I know, unbearably sweet, right?  Be sure to check out their photos and buy some prints of their awesome photography! 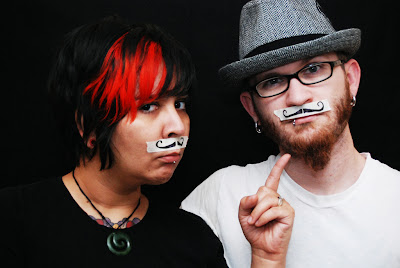 Name - Shaun and Erica Kuschel (look that name up in German, it drives Shaun insane.)


Site - You can find us at http://www.overyonderlust.com!

Occupation - Well, right now we both do not officially have jobs (it is hard to convince your boss to have a year sabbatical in the video game industry) but before, I (Erica) was a wedding photographer and pedicabber and Shaun was a manager for Blizzard Entertainment.
Birthplace - I was born in Laredo, Texas (and brought up in El Paso for 13 years) and Shaun was born and raised around Mesa, Arizona. I would try to explain my ethnic background but it is too confusing with 1/16 of this, 1/32 of this, 1/3 of blah.

Current Location - Our hearts belong to our hometown of Austin, Texas. We have yet to find a place that suits our fancy like home. 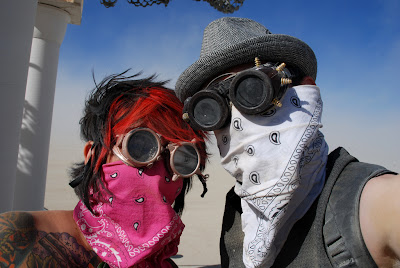 Trips Made - Well, our list is quite "short" for now. Ask us again in a year and it will have doubled in size. We have been to Barbados (honeymoon), Japan, United Kingdom, Spain, Mexico, Cuba, Belize and Guatemala.

Trips on the List - After our South American tour we are hoping to head to Southeast Asia!

Featured trip - I think one of my favorite memories was drinking with salarymen in Osaka, Japan. We were lead into this hole in the wall bar by this awesome guy wearing black rimmed, square glasses, a golfer hat, and a Hilary Clinton shirt - where people were watching bad movies like Biker Boyz. The bartender brought out a bottle of Cuervo and we played a card game. Lowest card had to take a shot of tequila. I would just like to notify you that my Texas drinking ability does NOT match that of the salarymen who drink every night in Japan. I had to be carried home 8 shots of tequila later. Regardless, I still reminisce about the people that we drank with that night. Good times. 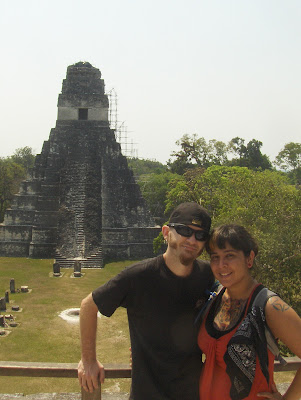 Teach, learn, share - We're lucky that Shaun used to be a mechanic so when we come across people who are in need of mechanic help, Shaun is always willing to help. I take pretty pictures and unless someone wants to know how to work a camera, yeah, I'm not much help. We both are always wanting to learn Spanish so I would love to keep practicing with people!

Worst Hostel - Playa del Carmen: We arrived when it was hot and raining outside. Our gear was wet and our clothes were soaked through. Even though it was supposed to be low season, it seemed as though this hostel was booked full and just enough beds left for Shaun and I - except in different rooms... on different floors. When I was led to my bed I noticed that I had the top bunk and something integral was missing. What was it? Oh yeah - the MATTRESS. I was already unimpressed as this room had no windows and probably the most disgusting bathroom I had seen to date. I think you could get herpes just looking at it. We were told a mattress would be placed on it later and to go out and have a good time - which we did and got back to the hostel at 2am. Slightly drunk I stumble into the hostel room and notice I am still mattress-less. Shaun and I ended up sharing his very small twin size top bunk with no protective railings all night.
Needless to say we left very early that next morning. 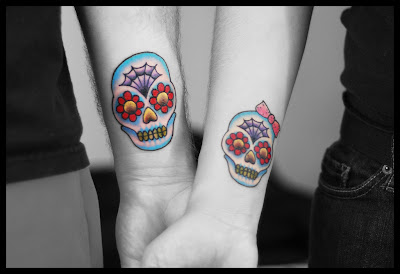 Do you have any tattoos? - Shaun and I have quite a few. I have my "ode to Texas" chestpiece complete with yellow roses, a horseshoe, and guns. My right arm has a half sleeve of Oogie Boogie from Nightmare Before Christmas and on my wrist, a matching sugar skull (Dia de los Muertos) that Shaun has on his left wrist. Shaun on the other hand has his last name on his back and an "ode to hot rod Chevys" chestpiece.
We would like to get work done on the road but I'm not sure if we will. I used to work in a tattoo shop for 3 years so I'm super picky about who gets to work on me. 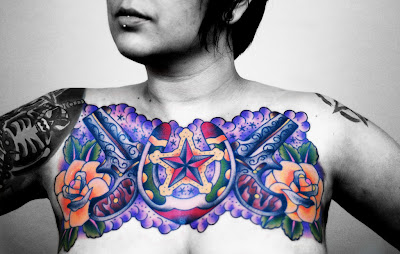